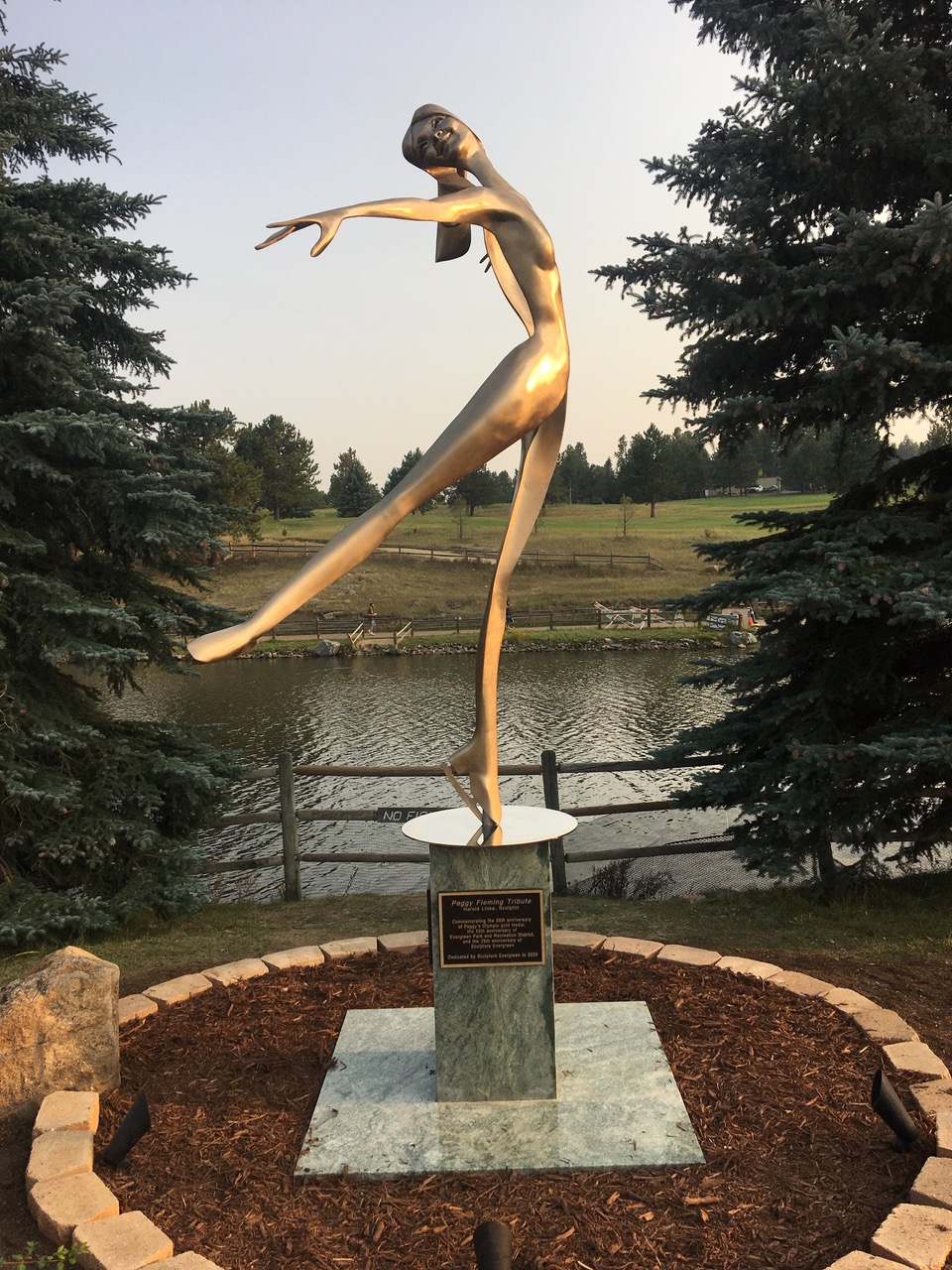 A beautiful eight-foot-tall bronze sculpture was dedicated in September 2020 adjacent Evergreen Lake in Evergreen, CO as a tribute to Peggy, her legacy, and contributions. It is also styled to celebrate figure skating, creativity, emotion and artistic expression.

This sculpture is nearly identical to the 18 inch high sculpture that is mounted on top of the wooden base of the Peggy Fleming Trophy, which lists the names of the winners of the annual skating event. Peggy donated the trophy to the Broadmoor Skating Club in 2018 to celebrate the competition.

Both sculptures were created by renowned sculptor Harold Linke and cast at Art Castings of Colorado.