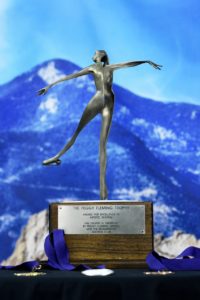 The 5th annual Peggy Fleming Trophy, in collaboration with the Broadmoor Skating Club, was held on June 29, 2022 as a live event during the 25th Broadmoor Open skating competition in Colorado Springs, Colorado.

The event showcased each skater’s ability to artistically express and present a complete composition while demonstrating superb technical skills. The music, creativity and overall artistic impression continue to be the emphasis of the competition, and all skating elements were assessed from the performance skills and artistic points of view.

Senior level men and women competed together, and against each other, for the Trophy as each skater presented a 3:30 minute +/- 10 sec. performance for evaluation and scoring by a renowned group of World and Olympic figure skating judges and officials. Skaters were selected to enter through invitations by Peggy Fleming Jenkins and Chief Referee, Gale Tanger.

There are nine technical elements which have fixed base scoring values. Each element will receive a Grade of Execution (GOE) mark evaluated from the artistic execution of the element in relationship to the musical structure of the program.

An element unique to the PFT is the Signature Move, which can be a creative move/movement series, or an iconic skating move, jump or spin tailored to the skater’s creativity, personal style and strength. (Brandi—create hotlink here that goes to the Signature Move page on the PF website).

Continuing their ongoing commitment to the PFT, Greg and Peggy Jenkins donated the prize money to the Broadmoor Skating Club and the Club then distributed it to the winners.

Congratulations to the Winners of the 2022 PFT:

1st place: $3000 and Gold Medal to Tomoki Hiwatashi of DuPage FSC
2nd place: $2000 and Silver Medal to Audrey Shin of SC of New York
3rd place: $1000 and Bronze Medal to both Alena Budko of Winterhawks FSC and Sonja Hilmer of Centennial SC 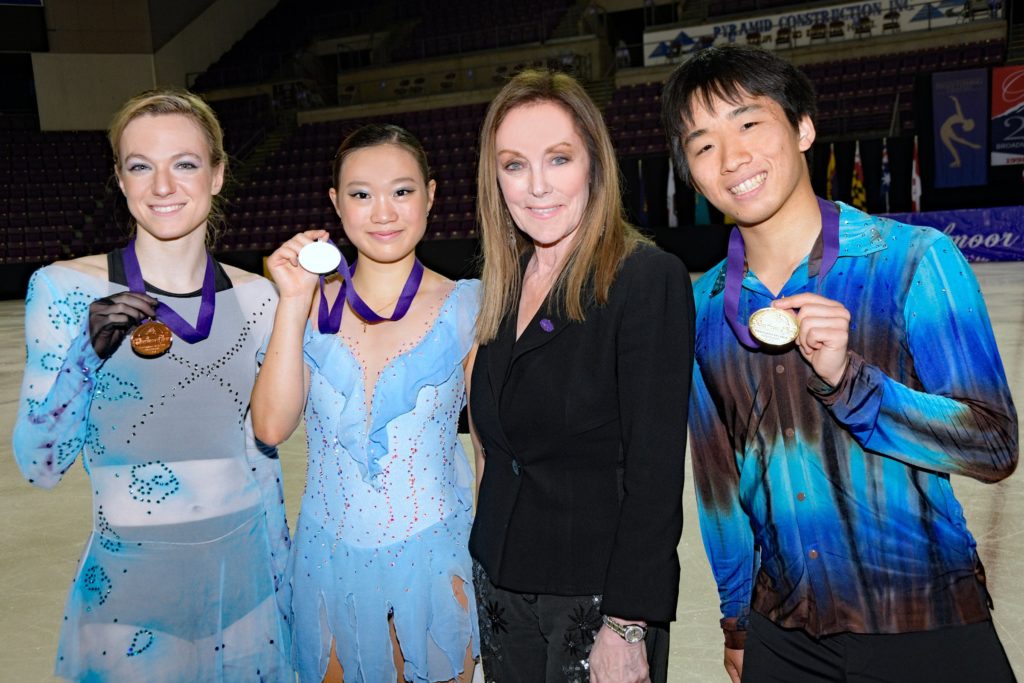 (Note—a computer calculation error was discovered after the event and then corrected. A decision was made to award the Bronze Medal and prize money to both Alena Budko and Sonja Hilmer.)

Additionally, skaters receiving +4 and/or +5 GOEs by a majority of the seven judges on their “Signature Move” and/or “Step Sequence” received a $100 award for each of these elements as a special acknowledgement.

Tomoki Hiwatashi, the winner of the 2022 PFT, will have his name added to the base of the bronze sculpture commissioned by Peggy in 2018 and donated to the Broadmoor Skating Club to celebrate the competition. 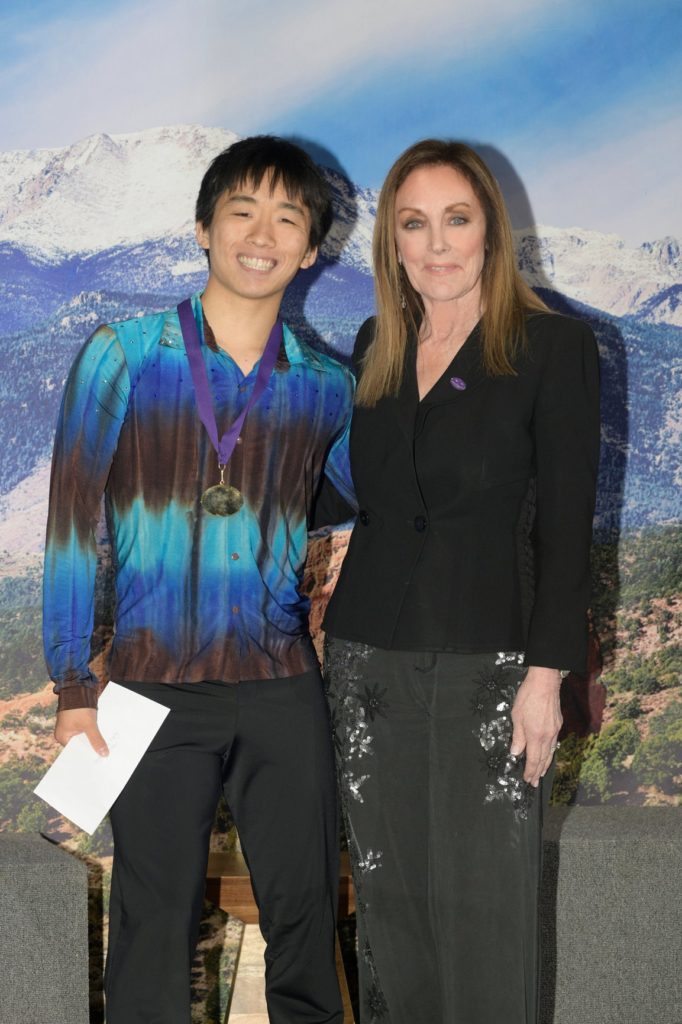 The Peggy Fleming Trophy and the Broadmoor Skating Club continue to lead the way in promotion of artistry and creativity for the benefit of figure skating worldwide and for our U.S. competitors.