The third annual Peggy Fleming Trophy became a historic, first of its kind, virtual streamed event. Greg and Peggy Jenkins along with Gale and Tom Tanger collaborated with the Broadmoor Skating Club and U.S. Figure Skating to create this unique event. 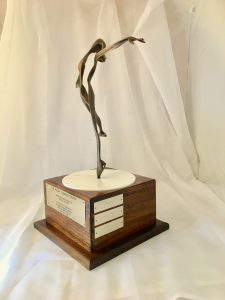 The event premiered on U.S. Figure Skating’s Fan Zone on July 17, 2020.  In early 2020 and in response to the pandemic, the event was swiftly re-formatted from being live and in-person during the annual Broadmoor Open to a virtual event. The seventeen entrants videotaped their 3:30 minute performances at their home ice arenas and then digitally uploaded them to U.S. Figure Skating in early July to be included in the one hour and forty-seven-minute production for viewing by a worldwide audience which numbered over 15,000.

Using custom software to connect the remotely located judges, technical panel and officials, the judges could watch the performances simultaneously and immediately submit their scores.

The seventeen entrants were U.S. Senior Level nationally and internationally ranked Men and Ladies skaters, who competed with and against each other for the trophy and well-deserved recognition.

The focus of the event continues to be the skater’s ability to artistically express and present a complete composition while demonstrating superb technical skills. The music, creativity and overall performance qualities are the emphasis of the event and all skating elements are assessed from an artistic point of view.

There are nine technical elements which have fixed base scoring values and which received Grade of Execution (GOE) marks based on the artistic execution of the element in relationship to the program as a whole.

The elements are four jump elements, three spin elements, one step sequence and one signature move.

The unique “Signature Move,” an iconic or creative element tailored to each skater’s personality and creativity, is gaining increased attention as skaters find new ways to demonstrate individuality and define their skating.

Prize money was awarded by Greg and Peggy Jenkins in conjunction with the Broadmoor Skating Club to the winners of the 2020 Peggy Fleming Trophy: 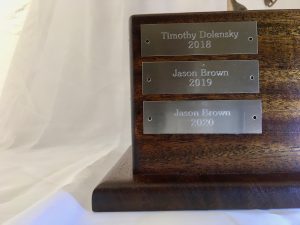 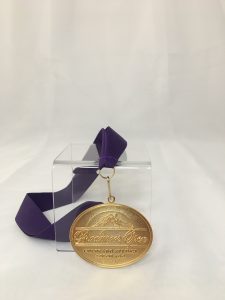 The winner’s plaque, with Jason Brown’s name, was added to the side of the special sculpture commissioned by Peggy and donated to the Broadmoor Skating Club in celebration of the event.

The Peggy Fleming Trophy and the Broadmoor Skating Club continue to lead the way with new and important initiatives to benefit figure skating and our U.S. competitors.

The video of the 2020 Peggy Fleming Trophy can currently be found here: https://usfigureskatingfanzone.com/sports/2020/7/13/third-annual-peggy-fleming-trophy-virtual-competition.aspx