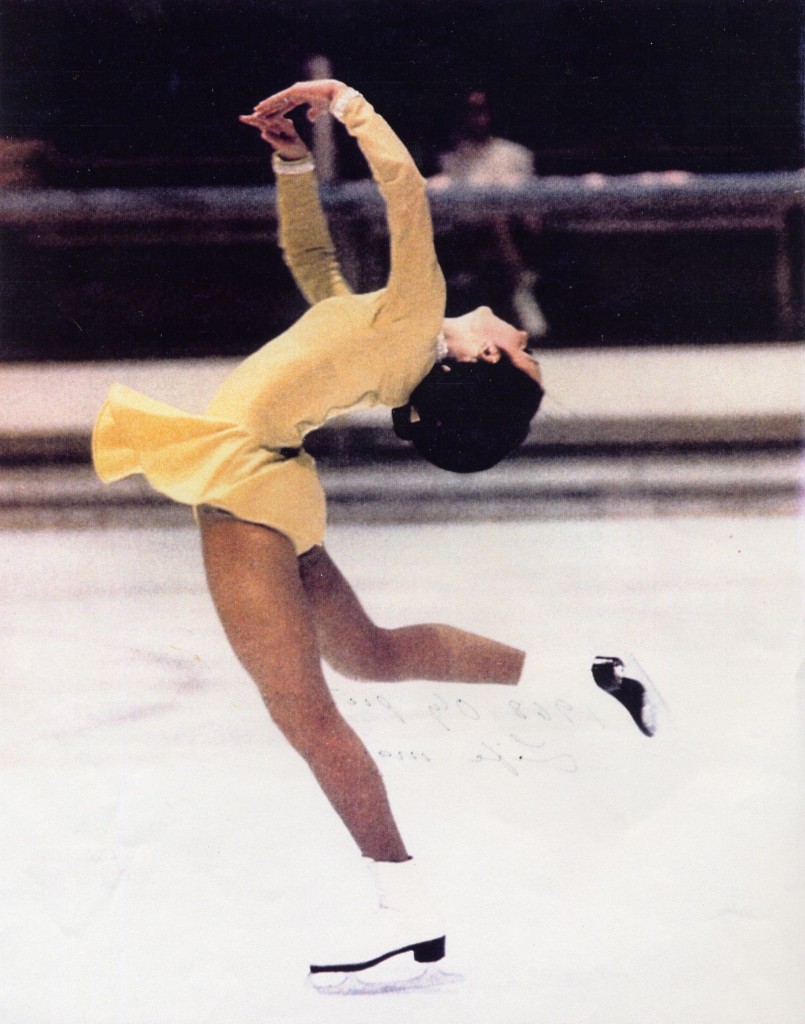 Peggy Fleming’s enduring grace and style has led to a figure skating legacy spanning nearly 50 years. To this day, she remains fondly in the hearts of figure skating fans and Olympic enthusiasts around the world. Her chapter, written on the ice in Grenoble 1968, is a vivid and inspiring tale in the history of American sport.

“Skating to Tchaikovsky, the graceful 19-year-old enchanted the crowd and a worldwide TV audience viewing the Games in color for the first time. Handily averting America’s first gold-medal shutout in Winter Olympics history, the five-time U.S. and two-time world champion won by 88.2 points and became an enduring star who had a huge impact on the popularity of her sport.” – Sports Illustrated

From ESPN Classic:
I’m sure every girl out there wished that she could move like Peggy — or look like Peggy — and float like her on the ice,” says 1992 Olympic champion Kristi Yamaguchi on ESPN Classic’s SportsCentury series.

“She launched figure skating’s modern era,” Sports Illustrated wrote in 1994 when it named her one of the 40 individuals who most significantly altered or elevated sports in the previous 40 years. “Pretty and balletic, elegant and stylish, Fleming took a staid sport that was shackled by its inscrutable compulsory figures and arcane scoring system and, with television as her ally, made it marvelously glamorous. Ever since, certainly to North Americans, figure skating has been the marquee sport of the Winter Games and increasingly staple of prime-time television.”

“Fleming became the original American ice princess, incongruously so, since she was not, by nature, glamorous,” Sports Illustrated wrote. “Off the ice she was small-town America through and through: unpretentious, hard working, middle class, level-headed. But she carried herself like a star during performances. On the ice she was stylish in a manner more reminiscent of ballet dancing than figure skating, and she was inoffensively sexy, teeming with femininity and energy. All these charms translated beautifully over the picture tube.” – Sports Illustrated